A downloadable trash for Windows 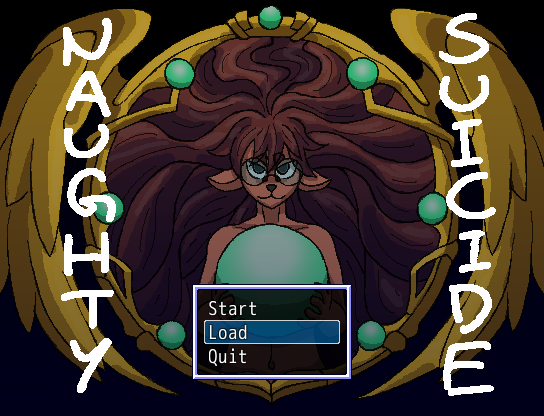 (This game is not suitable for children. At all. Has flashing lights. Does NOT contain strong, explicit imagery or jumpscares in any way.)

Naughty Suicide is a classic JRPG game (with a few twists), having oldschool graphics, and a cute and cartoonish, anthro-ish aesthetic, as well as a rather unique, psychedelic soundtrack, and modern everyday characters. 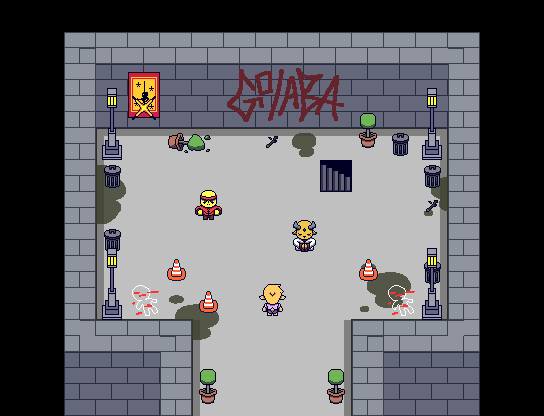 Lenny, Zack and other losers from Nerd City™ must learn how to survive, as well as having to fight against full flegded bounty hunters, police cops, demons, robots and cyborgs, abominations comming directly from the sewers, and much, much more, while trying to defend themselves using crappy boxing gloves, books, scissors and baseball bats as weapons.

The story explores sensitive and/or dark themes like sexuality, mental illness, violence and death, suicide and such. Some characters also have dirty language, as well as being straight up weirdos and/or perverts in general.
You will feel unconfortable sometimes, and that's deliberate. 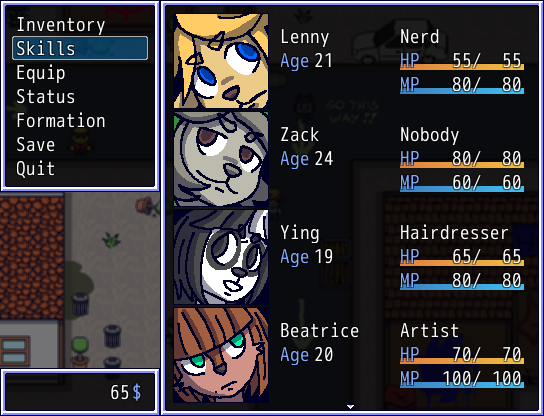 You can recruit literally dozens of characters with their own visual, personality, dialogs, side stories and quests, gimmicks in battle, as well as a big participation in the main adventure. But you can only control four at a time, forcing you make different strategies against almost every battle. 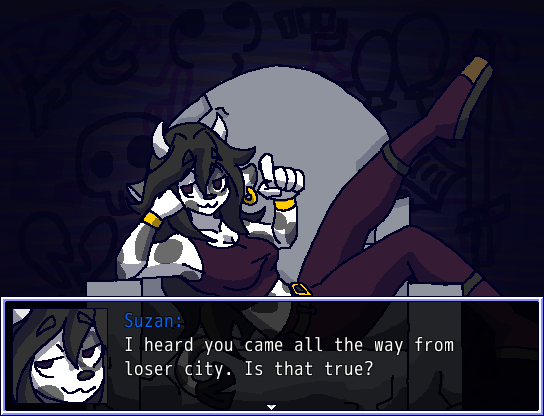 But be careful, since your party members can and will not only lose stats and skills permanently, but also some of them will actually die. For real. And again, this will also force you to create different strategies with the tools you have most of the time.

The "game over screen" is pretty rare to appear, since  the story will continue even if you lose most of the battles, but still leading you to different paths. Each path can also change greatly the story in numerous ways. 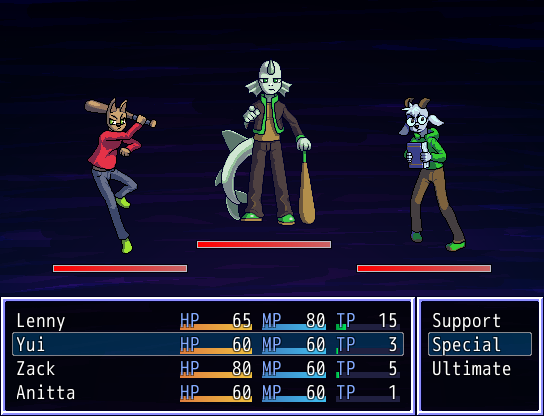 Interact with everything! Don't forget to collect trash in the streets to use recycling skills in battle, collect sticks to impress butterfly girls, drink Bebis™ to heal yourself up, and other dumb, optional silly things.

This is not a long game, and it has no grinding at all, so anyone can finish it in a day or two. But Naughty Suicide has not only multiple routes to take, but also multiple endings, all depending on the choices you make and how you perform in battle, so it has a lot of replayability. 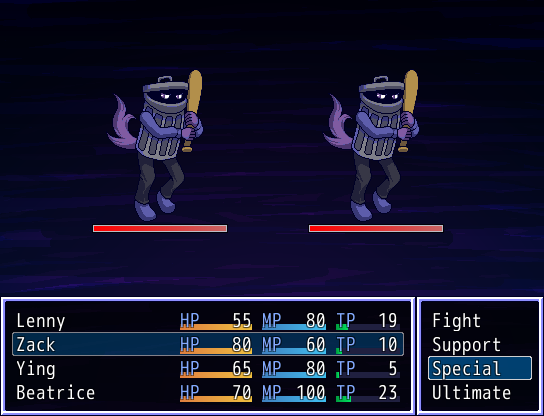 Don't forget you can also get multiple cheat codes spread all around the world! those are not only dumb fun, but can also add to replayability.
There are also a few secret, optional bosses in the post game, that can be very strong and rather difficult to even unlock in the first place. Try finding and defeating them all to get a big secret reward in the end!!

I am not developing the game alone. Leorio Starvinsky is creating the soundtrack, and SpriterGors is fixing all in-battle sprites. Once the game is finished, I wanna give everyone the credits they deserve.

(Still in development. When you play, you might experience bugs and/or unpolished crap. Also, since the story is still being made, the game just ends outta nowhere to be honest.)